skip to main | skip to sidebar

A windy day in Punta Ala

Over last weekend the Italian Finn fleet met in Punta Ala, Tuscany for the opening event of its Coppa Italia 2009 series. This venue is just a few km south of Scarlino, where the class sailed its European Championships last year. Punta Ala is also bidding to host the Finn World Masters in 2011.

However on the Saturday, racing was abandoned because the northerly wind was too strong at 30-35 knots. But that's just perfect for Finn sailing so some of the younger sailors went out for a blast.

Pictured here are Italy's 2008 Olympic Finn representative Giorgio Poggi, along with Marko Kolic, Riccardo Cordovani and Filippo Baldassari, sailing the Finn the way it was meant to be sailed.

They were escorted by a RIB and a photographer and this is the result.

Thanks to Tosca Zambra (www.fotozambra.it) for the excellent photos. 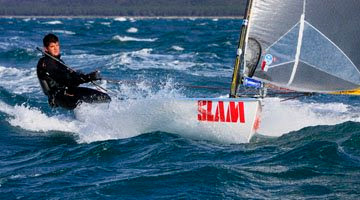 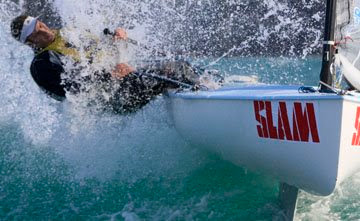 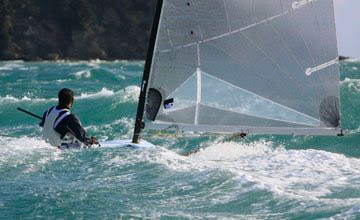 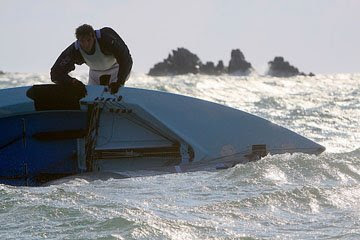 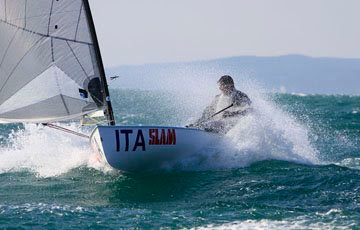 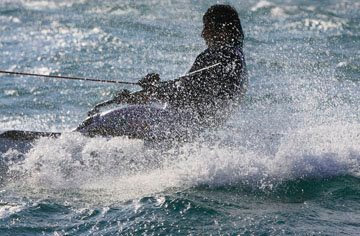 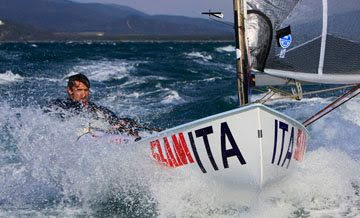 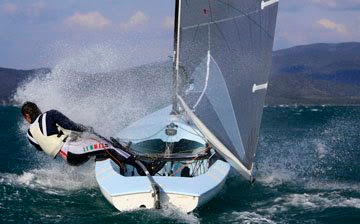 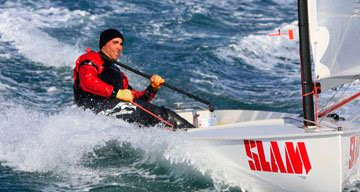 A tradition, the Savannah Yacht Club does a great job welcoming Lightning sailors to their venue and to the Southern Circuit. The Saturday/Sunday event is sailed off their clubhouse where three rivers come together w/massive current & tide. Early March not only attracts the Lightning sailors, but also the little flying insects that you can’t see, but most certainly feel…the no-see-um’s!

The racing was all over the board this year. Light winds on Saturday meant that no lead was safe. In fact, there were many pile-ups at mark roundings. Going backwards in the current was common as well.

Monday of the So. Circuit is a “travel day”, though most cannon-ball straight to Miami to get to the warmth and have a day of relaxation at the Coral Reef Yacht Club.

It is said that Miami is the best venue for sailing one designs in North America. This was echoed by those that sailed the previous week in the Star Barcardi Cup. 2009’s Midwinters at CRYC was great! Warm temperatures, great racing in a variety of conditions.

The Quantum Team used Monday to do some extensive testing of new sail designs and tuning set-ups. Our 2009 line-up of sails are ready for action! Look for an announcement of what we learned and our new tuning guide in the coming weeks!

Tuesday’s racing was postponed for a while due to lack of wind. Soon, however, it built and we got 3 great races in. The edges of the race course offered some big gambles and Tom Allen came out of the left in the first race and ended up winning by a large margin. The 2nd race was won by Quantum Toledo’s Ernie Dieball. He played the right side/edge and made it work. It was fun to watch both of these races as the leaders sailed their own race, not playing the fleet, but what they felt was going on. Fun to watch for sure.

Wednesday’s racing was in bigger breeze out of the North-Northeast. It was epic Biscayne Bay!

Al Terhune continued on his roll from Savannah by winning in Miami. Juan Santos from Ecuador was 2nd and 2-Time Rolex Yachtswoman of the year, Jody Starck was 3rd. Jody has been working with Quantum Sails for the past few years and her input has helped us with our newest designs!

Thursday is a travel day. Like Monday between Savannah and St. Pete, many cannonball straight through to have a relaxing day hanging out in St. Pete. The St. Pete Yacht Club sports an incredible bar that gives you no choice but to relax. Many found their way there and reflected on the Circuit to date.

Friday’s racing was skunked by lack of wind. An attempt was made, but the lack of wind frustrated everyone. The good thing about the St. Pete stop is that they sail over 3 days, which takes some pressure off…though we’ve all seen St. Pete flat for more than 3 days!

Saturday’s racing was in a dying breeze starting out in the teens and dropping just below 10. The RC got in 3 great races in shifty winds. Marcus Eagan from New Orleans sailed very consistently to lead at the cocktail party with Jody Lutz and Jamie Allen close behind.

Sunday’s finale was in some bigger breeze. David Starck scored a 1,1 for the day to close the gap on Marcus, but Marcus continued with his consistent racing and squeaked out a one point victory over David Starck. Tim Healy poured it on in the breeze as well and got to into the top 5 with a 5th overall.

If you like a lot of sailboat racing, camaraderie and all around fun, the Lightning Southern Circuit delivers!

For all results: www.lightningclass.org
Posted by mic at 1:26 PM No comments: